Hydrogen is more and more commonly perceived as the fuel of the future. One of the prerequisites for success is, however, to handle the technologies of manufacture and storage at a reasonable cost. The bottom line is that hydrogen fuel still remains much more expensive than fossil fuels.

In addition to economics, technical parameters are still a significant factor. Hydrogen is characterised, for instance, by low volumetric density. Its unit volume stores relatively little energy, which makes compression necessary. With its small molecule, hydrogen tends to penetrate various materials, including metals, which makes storage complicated. Storage containers must be made of special materials. What’s more, this is a highly flammable gas, which itself poses danger.

Huge volumes of hydrogen are used in a range of chemical processes, such as petrochemistry. Theoretically, the largest source of hydrogen is water, from which it may be extracted through electrolysis. However, this is a process which demands enormous amounts of electrical energy and is therefore used only where cheap and clean electricity, generated with CO2-free methods, is abundant. In practice, hydropower plants are such sources and Norway is a country that uses electrolysis on a massive scale.

On a large scale hydrogen is produced also from natural gas but a weakness of this process is carbon dioxide produced as a side effect. Finally, hydrogen is also the main component of coal gas generated when producing coke fuel and one of the components of syngas – a product of coal gasification. In Poland huge amounts of coal gas are generated by Europe’s largest producer of coke fuel –  Jastrzębska Spółka Węglowa. However, wider popularization of gasification is still to be expected in the future.

“Gasification of coal means not only low emissions of harmful greenhouse gases but also an opportunity to generate hydrogen. Australians are already benefiting from this solution and sell their generated hydrogen to Japan, where the number of hydrogen-powered cars is constantly growing. This seems to be a perfect idea for Poland. A completely new fuel is coming and what is more, it is clean and much better than oil, and we may produce it from a material we have plenty of – coal. Out of one tonne of coal one may produce the amount of hydrogen that will allow you to drive a car for 18,000 kilometres”, said Jacek Pawlak, President of Toyota Central Europe in an interview with the Polish Press Agency (PAP).[1]

Given the growing demand for fuels, can hydrogen replace oil? The answer to this question is still unclear. One the one hand, we are seeing a more and more evident tendency to electrify larger and larger areas of economy, for which hydrogen, theoretically, is not required. On the other hand, however, there are those who say that electrification is a perfect ground for popularization of fuel cells as sources of extremely clean electrical power as the only side effect of the power generation process here is water.

If one could overcome the problems with infrastructure, production and distribution, we should be able to present technical and business rationale for hydrogen as a popular carrier of energy. Not in 2040-2050, as multiple analyses and studies suggest, but much sooner will it be able to develop a comprehensive offer with hydrogen as the primary source of power for public transport, for instance.

Many analyses suggest that the production of hydrogen from coal will prove cost-efficient. Does Poland have a chance to become the leading producer of this material? Time will tell. 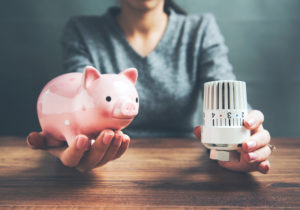