“The world is going to need more and more clean energy, also in transportation, so investing in alternative fuels is a must, here and now”, says Rafał Molenda, manager of Shell Poland’s retail sales and network division. Gasoline and diesel are gradually being pushed off by biofuels, natural gas, electricity and hydrogen. One of the initiatives which is going to get us closer to a new era of power in transportation is Shell Eco-marathon. Six teams from Poland are participating in this year’s edition of this competition for the most energy-efficient vehicle.

The contest supports young engineers in their pursuit of discoveries in the fields of technology and motor industry and the contestants are to design a vehicle which is as energy-efficient as possible. The winners will be the team whose vehicle will drive the longest distance on a litre or a cubic meter of any fuel or one kWH. Six teams from Poland participate in this year’s edition of the contest, which will be held on 2-5 July in London.

“In 1939 employees of the US division of Shell made a friendly bet – they wanted to find out who will go the longest distance on one litre of fuel. At that time, the winner was the person who drove 6 kilometres. 71 years later, in 2010, a team of French students drove 3,771 kilometres on one litre of fuel. This is a distance to Rome and back. This is what Shell Eco-marathon is about. It is about achieving the highest energy-efficiency, about university and high-school students developing new, ecological and effective automotive solutions”, explains Rafał Molenda.

“Estimates say that by 2040 demand for energy will have grown by 30 per cent. Even now transportation accounts for nearly a third of world’s total energy consumption. The world is going to need more and more cleaner energy, also in transportation”, Rafał Molenda, manager of Shell Poland’s retail sales and network division, told news agency.

United Nations data shows that world’s population is going to grow from today’s 7.6bn to 8.6bn in 2030. In 2050 there will be 9.8bn people in the world, and as many as 11.2bn in the year 2100. This will increase the demand for fuels and power. Estimates indicate that in 2050 the global demand for energy may be twice as high as in 2000. Transportation is responsible for as much as a third of this demand.

“There are two dominant types of fuel now: gasoline and diesel, however, we already now can see a variety of drives, engines powered by gases like hydrogen, liquid natural gas (LNG), compressed natural gas (CNG), electromobility, thus more electric, but also hybrid cars and also LPG or biofuel-run vehicles. The world is now facing great challenges with carbon emission reduction and improvement of air quality being the major ones. All these phenomena make investments in alternative fuels a necessity, here and now”, stresses Rafał Molenda.

The International Energy Agency (IEA), in its “Global Energy & CO2 Status Report”, asserts that only in 2018 did total global energy demand increase by 2.3 per cent, and nearly twice as much (4 per cent) for electric power. The type of fuel which grew the most in the world’s energy market was natural gas, which accounted for 45 per cent of demand growth. In 2018 the total gas consumption increased by 170bn m3.

“Estimates suggest that the domination of gasoline and diesel will continue for some 20 years to come, but we are already witnessing the growing variety of power sources. The world is aiming at lower emissions, and one can hardly tell what fuel will be dominant in 5, 10, 15, or 20 years from now. In Shell, we believe that investing in alternative fuels will help reduce emissions of carbon dioxide into the atmosphere and will also contribute to the improvement of air quality and this is why we are investing in a number of alternative fuels at the same time”, explains Molenda.

Shell declares that by 2025, 20 per cent of the company’s global fuel sales will come from low-emission fuels, like natural gas, biofuels, electricity or hydrogen. Shell’s target of global investments in new energy technologies is 1-2bn USD a year. Natural gas – a hydrocarbon with the cleanest products of burning – already accounts for a half of Shell’s production.

“Already today does transportation account for nearly a third of global energy consumption. In Poland we are investing both in electromobility and liquid natural gas solutions. We are participating in a European project within which we are planning to open 10 stations in Poland offering liquid natural gas – a fuel particularly for heavy-duty vehicles, trucks and heavy transport”, points out Shell Poland representative. 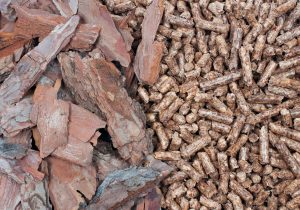 Hydrogen as a carrier of clean energy