Promotion of renewable energy sources and diversification of the country’s power portfolio are top priorities of Ghana’s government. Their plans may serve as an example of effective use of available renewable resources.

One of the greatest obstacles in Ghana’s development is uneven distribution of access to electricity. According to the US Agency for International Development, electricity is available only to 72 per cent of Ghanaian people. However, in rural areas this ratio is 52 per cent.

Ghana may boast of a high share of electricity generated by renewable sources – 54 per cent of electrical current produced in this country comes from hydropower plants[1]. Akosombo, Kpong and Bui plants combined provide a total of 1.58 gigawatts. Also over 40 potential locations have been identified where additional 800 megawatts could be generated. The remaining 46 per cent of the country’s electricity is generated out of burning fossil fuels.

The Ghanaian government sees a solution to the electricity exclusion mainly in the development of solar power technology. The country’s geographical position represents an exceptional potential. Exposure to sunlight in Ghana ranges from 4.5 and 6 kilowatt hours per square meter per day, which makes solar power particularly effective here.

Now the country is operating installations offering the total capacity of 22.5 MW, including one 20 MW power plant. However, the authorities estimate that by 2030 the capacity of photovoltaic power plants may have increased more than ten times. At the same time, there would be 200,000 small rooftop PV power stations and 55 independent mini-networks of an average capacity of 100 kW. Another plan provides for installing 2 million sun-powered street lights.

Ghana has also a great potential for producing power from biofuels, mainly thanks to having such energy-rich plants like jatropha or palm fruit. The country is one of African leading producers of jatropha biodiesel. However, the wind power potential is evaluated as marginal if viewed from the perspective of the entire country. Ghana’s average wind speed is so low that investors would expect high subsidies, which would increase energy costs. Only areas situated near the border with Togo offer a slightly greater potential for wind turbines[2]. 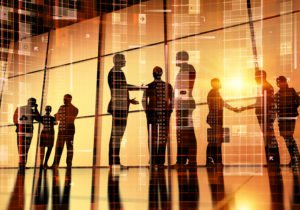 Energy Industry Mixer, or about investment and innovation in energy sector