Arguments for using hydrogen have been written about and discussed multiple times. However, not much has been done to adjust hydrogen application to its scale.

Hydrogen as a carrier of clean energy

Hydrogen is the most abundant element in the universe and as gas may be used in the same way in which natural gas is used. What is important, hydrogen generates zero carbon dioxide when used for generating power.

It is frequently referred to as „a clean energy carrier”, as it may be produced by renewable sources, stored and used for generating electricity.

We already know that hydrogen may power up industrial plants or cars. Japan has already opened first hydrogen stations.

This scientific report complies with similar reports of CSIRO (https://www.csiro.au ), Australian Renewable Energy Agency (https://arena.gov.au ) and other renowned institutions all over the world, stressing the strengths and benefits of hydrogen as an energy carrier.

Australia is planning to develop a coordinated national strategy to become the lead producer of hydrogen as its key export product.

Australia’s government sees great economic, environmental and social benefits of hydrogen. As a branch of industry, in the forthcoming decades, hydrogen could easily compete, in terms of volume and scale, with the liquid petroleum gas sector.

However, at this particular moment, using hydrogen for energy-generation purposes is very limited and estimated to account for 1 to 2 per cent of all power use.

Several factors speak in favour of Australia’s approach. Alan Finkel points out that “… to generate hydrogen, we need the energy produced by splitting water particles, and such energy may be generated by wind, hydro- or solar power plants. Many countries which are considering hydrogen for power generation lack proper climate conditions. However, Australia boasts perfect conditions for that.”

Plans, not only on the Antipodes

Japan and South Korea are planning to make major investments in hydrogen to support their conversion from fossil fuels and increase the security of power supply. Germany is also seriously considering hydrogen as an alternative power source. Many Middle East countries are considering participation in the market as suppliers.

It is worth stressing that brown coal may also be used for generating hydrogen and carbon produced as a side product of this process may be captured to ensure zero carbon emissions into the atmosphere.

A Japan-led syndicate is testing this possibility as part of a 500-million-dollar demo project, which was initiated in April 2018 in Victoria’s Latrobe Valley[2].

[1] The Council of Australian Governments (COAG) Energy Council is a Ministerial forum working together in the pursuit of national energy reforms.  New Zealand is also a member of the forum. 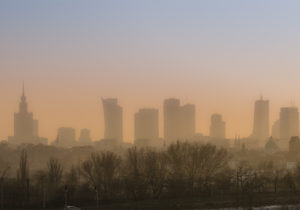 The most effective ways to fight smog 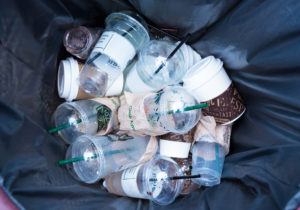