Associated, at first glance, primarily with software, Microsoft does not have very much to do with energy storage. This Redmond giant is, however, working to use the UPS infrastructure in its datacenters for other purposes.

Uninterruptable power supply, or UPS, is a power adapter, which also protects computer hardware from dire consequences of brief power shortages. Naturally, a UPS appliance contains a more or less miniature battery, which allows a computer to operate uninterruptedly during brief power failures or allows a computer to backup data and shut down in a controllable manner[1]. Actually, there are models that are capable of sustaining power for as long as many hours.

Microsoft, obviously, does not focus on UPS units of single computers or even those from local networks. The American tech giant has multiple powerful datacenters which are used for various purposes – from own data processing to storing users’ data in clouds. Such a datacenter consumes significant amounts of power and to ensure security of data, it has its own independent power supplier. But it, of course, must be backed up by a properly sized battery and this is what is going to be additionally used. So far they have been a liability and we now want them to become a valuable asset – Microsoft experts explain.

What is the plan? First, it is necessary to replace lead-acid batteries used in big UPS units with much better lithium-ion batteries. Despite their higher prices, lithium-ion cells may sustain much more charge cycles[2]. It is also easier to manage the charge cycles. Microsoft’s R&D division is planning to introduce a certain type of lithium-ion batteries, namely the lithium-iron-phosphate ones. They have slightly worse characteristics than those of the most sophisticated batteries but are much cheaper as the cathode is made of compounds of iron and not of much more expensive manganese or cobalt.

With the stored energy effectively managed, such a UPS does not need to remain unused and await power failure. It may be used, for instance, as a temporary power backup for the power network, activated to instantly counterbalance dangerous frequency fluctuations in power networks usually caused by workload changes. Microsoft wants to refine the technology, which on one hand will protect the datacenter and use its resources to enhance network operations.

Extension of the datacenter power system is just the first step in Microsoft’s plans. The company declares to minimize its datacenters’ environmental impact by powering them up with green energy sources. Biogas is already being tested but Microsoft is also experimenting with installing servers in underwater containers within its Project Natick[3].

Deploying data-processing machines underwater eliminates the need for cooling and it is air-conditioning and heat radiation which consumes a big portion of the power used by server farms. 864 servers were deployed on the seafloor near Scotland and they are additionally powered by wind and solar energy. According to the creators of this project, the computers are going to operate with no need for maintenance or risk of container leaks for at least 5 years. 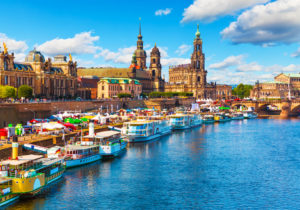 History of Solar Energy – From Old Tech to High Efficiency