According to the European Commission’s forecasts, wind energy will become the leader of green technologies within the forthcoming 15 years. 2014 EU proposals to increase the share of renewables in the national energy mixes by 27 per cent will make the development of green energy a key focus of the Polish communes – local administrative units, which may become major beneficiaries of wind energy.

Wind power, as a part of Poland’s new energy strategy stream, becomes an opportunity for the development of Polish communes. Wind farms have a number of objective benefits, both social and economic.

Building wind farms in a commune will contribute to an economic revival in rural areas, which are usually economically unattractive. The primary beneficiary of a wind farm is the local community. Not only because of the revenue earned from selling the generated power, but also because of increased investments and raised interest of entities willing to start their operations in the local area.

Further, a wind farm is an investment, which does not constitute a major interference in the area in its direct vicinity. This means that adjacent fields may still be normally cultivated. Wind turbines in no way impair the development of farming and harvesting. What is more, the local commune itself benefits from wind farms by shaping its ecology-oriented and attractive image to investors and gaining electricity-generation capabilities.

Constructing wind farms positively contributes to the condition of the power infrastructure. According to the Social Council of the National Emission Reduction Program, now nearly 60-80 per cent of transmission lines and power plants are obsolete and ineffective, which poses a higher risk of power delivery failures. This is why, a factor which may mitigate such risks is the growth of investments, not only in wind power but also in other alternative energy sources. This is even more important, as Poland has perfect conditions for the development of this type of installations (a high number of vast fields and good weather conditions), and the greatest concentration of wind farms in the north-west of Poland. Additionally, according to statistics from the “Wind energy in Poland” report, Poland has been classified as one of world’s 12 major wind turbine markets. This is the reason why such potential should be properly utilized. “Given the current demand for electricity, which by 2030 is to increase by over 30 per cent, the necessity to develop RES and cut carbon emissions, building wind farms is very much justified. Such installations constitute an exceptional opportunity for the Polish communes and their dwellers in the form of revenue from selling electricity, reducing the risk of blackouts (power failures) and greater economic attractiveness compared to neighbouring administrative units,” says Jacek Łukaszewski, President of Schneider Electric.

A new challenge for distribution networks is decentralized wind installations. Instability and big fluctuations of power entering the system pose multiple problems. However, there are solutions which allow solving these issues. “One of them is  the WeatherSentry system developed by our company which has been designed to forecast the weather and provide information about the amount of power a wind farm will be able to generate on a given day,” says Michał Ajchel, Vice President for Energy Market in Schneider Electric Polska. “What is more, the system may also forecast power demand in the network using its forecasts and recipient profiles,” adds Michał Ajchel.

Acknowledgement of wind power at the level of local governments is one of the biggest factors, which very frequently decides on the success of a wind farm project. The major determinant is to include the project in the local study of conditions and directions of spatial development. Therefore, the top priority is to raise awareness among local people about climate change, causes and consequences of the coming changes and to encourage them to undertake efforts to prevent climate change in their everyday lives and direct surrounding: at home, work, school, in the local community. Therefore, Krajowa Agencja Poszanowania Energii S.A., in cooperation with Schneider Electric, Velux, Schréder and Gegenbauer Polska, has been conducting, second year running, the “Energy Bus” project. The purpose of this undertaking is to create a mobile information and education centre the role of which is to deliver an educational program directly to the dwellers of the Polish communes and to raise ecological awareness within extensive social groups (local government representatives, entrepreneurs, local people). The project provides for carrying out an educational campaign in 200 communes. Experts travelling on this bus will make up a group of advisors, who will offer free-of-charge, independent and up-to-date knowledge regarding climate change and energy efficiency, including benefits of alternative energy sources.

Wind power is a great opportunity for Poland in the light of climate and energy policies regarding RES development, power effectiveness improvement and carbon emission cuts imposed on by EU authorities. On the other hand, building wind farms is an alternative to conventional generation of electricity. However, a prerequisite for changes in the Polish communes is their approval of the local communities. 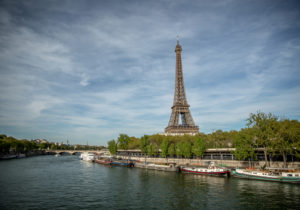 Passive building – what is it, what should you know