The dominant role of co-generation is noticeable also when generating heat, 77.62 per cent of which comes from heating and power plants. Another 13.63 per cent is generated by heating plants and 8.75 per cent of heat energy is generated by local home boiler rooms.

Plans for the future

Also by 2030 the share of renewable energy sources in the energy mix is to increase up to 30 per cent, one third of which is to be generated by waterII)https://bankwatch.org/wp-content/uploads/2017/06/Mongolia-energy-sector-web.pdf. Mongolia has a big potential for solar energy production – an average amount of energy produced in this manner is estimated at 2.2 million terawatts a year.

In the case of water-generated energy, the potential amounts to 6.2 GW, particularly, in northern parts of the country. At the same time, as a steppe country, Mongolia has a great potential of producing electricity from wind, which translates into 2.5 thousand terawatt hours a year.

One of the key elements of the energy picture of Mongolia is smog covering Ulaanbaatar due to the rapidly growing migration into the city. For the past 30 years as many as 600 thousand shepherds and nomads moved into the country’s capital and its largest urban centre, which in practice meant doubling the population without adequate investments into infrastructure.

Today’s smog norms set by WHO are exceeded 7 times in Mongolia. This is a consequence, first of all, of low-quality fuels burnt in the stoves which heat housing estates of newcomers – the fuel fired includes brown coal, tyres or old furniture. 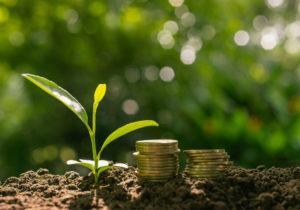