The aviation industry is more and more frequently asked about its CO2 emission. There are initiatives aimed either at taxation or limitation of emission. One of the concepts addressing this issue is aviation biofuel. Dutch airline, KLM, claims that with biofuel they are able to reduce their emission by as much as 85%.

Years of research on optimal fuel

In 2009 KLM started researching sustainable fuel. Two years ago, it carried out the first commercial flight of a biofuel-powered airplane. In 2013 KLM launched its corporate biofuel program.

Together with two companies from the fuel and energy sector – SkyNRG and SHV – KLM decided to build Europe’s first factory to produce aviation fuel in accordance with sustainable development standards. The plant will be erected in Delfzijl (the Netherlands) in 2022 and will be Europe’s first facility to produce aviation fuel from waste on a large scale, in compliance with the circular economy concept.

The project was initiated by SkyNRG, while KLM and SHV will in the future become the first buyers of the factory’s products. KLM declared to buy, for 10 years after the facility starts its operations, 75 thousand tonnes of the new-generation fuel, which is to reduce CO2 emission from airplane engines by 200 thousand tonnes a year.

This is world’s first airline to invest in producing biofuels and use them on such a large scale. This will be a step towards the airline’s achieving its sustainable development ambitions”[1].

Participants of the KLM Corporate BioFuel program pay a fee which covers the difference in costs between the traditional fuel and its bio equivalent. Partners of the Dutch airline include ABN AMRO, the Dutch Ministry of Infrastructure and Water Management or Arcadis. 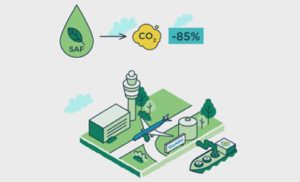 For nearly a decade KLM has been offering its passengers a simple service which compensates for the person’s individual contribution to CO2 emission during the flight. The CO2ZERO service is available when one makes a reservation of the flight or buys the ticket right before the journey.

Since 2017 KLM has made investments in the growing of nearly 500 hectares of tropical forests. This was also supported by passengers. CO2 reduction projects are permanently certified by the Gold Standard and also promote local workforce.

How Many Solar Panels To Charge An Electric Car? 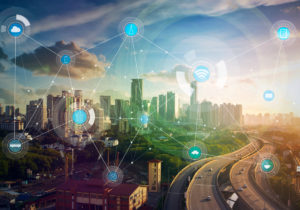 California airports to be served solely by e-shuttles