“Plastics polluting oceans may harm cyanobacteria which generate 10 per cent of oxygen in the atmosphere”, writes the “Communications Biology” magazine.

Prochlorococcus marinus is the smallest known organism capable of photosynthesis (its size in diameter is 0.5-0.7 micrometre) and was not discovered until 1986. However, their numbers are so huge that their overall contribution to the earth’s oxygen level is significant. Its entire population is estimated to count three octillion (an octillion is 1,000,000,000,000,000,000,000,000,000, which is one and twenty-seven zeros). It is of key significance to marine food chain as it contributes to the circulation of carbon and is regarded to generate as much as 10 per cent of world’s oxygen.

Researchers from the Macquarie University in Sydney, Australia demonstrated that exposure to chemicals contained in plastics polluting the oceans disturbed the growth, photosynthesis and oxygen generation of prochlorococcus. The scientists studied how two strains of prochlorococcus, found at various depths in the ocean, react to chemicals contained in two popular plastic products – grey plastic shopping bags (made of high-density polyethylene) and PVC mats. Exposure to these elements impaired the growth and functioning of the bacteria, including the amount of oxygen they generate. Expression of many of their genes also changed.

Now scientists are planning to check whether a similar effect occurs in the oceans.

Plastic pollution is estimated to generate economic losses of 13 billion dollars a year in marine ecosystems. The problem is growing. By 2050 the amount of plastic polluting the oceans may exceed the amount all fish in those oceans. 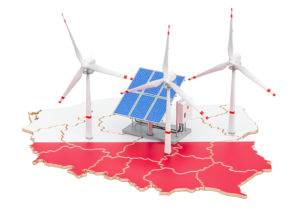