South Africa is one of the most coal-dependent countries in the world. Over 90 per cent of power generated here comes from burning coal.

Data of South African Energy Ministry clearly show the dominant position of bituminous coal. This raw material generates 92.6 per cent of the country’s energy. The second biggest source is nuclear energy, which contributes only 5.7 per centI)https://www.usea.org/sites/default/files/event-file/497/South_Africa_Country_Presentation.pdf.

40.9 per cent of electric power is consumed by industry. Households come second with 36.8 per cent of total consumption. Other businesses use 11.4 per cent of the country’s power.

The Republic of South Africa (RSA) is one of the least advanced markets as regards renewable energy sources. Nevertheless, this segment is growing dynamically – in 2030 RES-generated power may reach 18.2 gigawatts.

With the country’s dynamic economic growth and the growing number of new households connected to the power network, energy consumption in South Africa will increase rapidly. Estimates show that in 2030 the country will need extra 40 gigawatts of power.

The role of the nuclear energy is also going to grow. For years South Africa has been planning construction of new reactors to generate nearly 10 gigawatts of power, which would increase the nuclear power plants’ share in production up to nearly 20 per cent.

For years RSA has been planning to introduce a coal tax in its most classic form – flat tax, but with an income tax threshold. However, these plans are postponed every time mainly under pressure of big industry, for which this tax would represent a significant cost increase. Early in 2018 South African government once more announced introduction of this tax. It would come into force in 2019 and also this time it is facing strong resistance from the industrial lobbies and it is not clear whether it will finally be imposed.

Another tool is to introduce strict standardisation and certification of new coal burning installations, which is to limit air pollution. According to OECD information, polluted air is more threatening to South Africans than polluted water. As a result of smog and related diseases, as much as 712 thousand people die in this country and losses reach 480M dollars. The number of deaths attributed to bad air quality increased in South Africa by 36 per cent compared to 1990II)https://www.theguardian.com/global-development/2016/oct/20/air-pollution-deadlier-africa-than-dirty-water-or-malnutrition-oecd.

One of key challenges RSA is now facing is to ensure access to electricity to all its citizens. The amount of generated power is not a problem as, theoretically, there is enough power for everyone. The challenge is the aging infrastructureIII)http://forsal.pl/artykuly/863062,wylaczenia-pradu-paralizuja-rpa-prezydent-zuma-obwinia-apartheid.html. Eskom, a power giant, for several years now has been conducting educational campaigns about what to do in case of a blackout and has been informing about anticipated power cutsIV)https://mobile.twitter.com/Eskom_SA?p=s. According to Eskom, some of the power infrastructure not only is even 50 years old, but also has not been maintained or upgraded. Together with the growing number of end users, this leads to network overloads and blackouts. 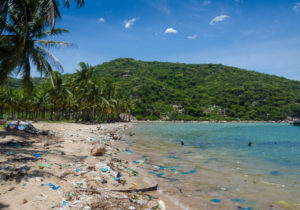 How Long Do Solar Panels Last?