Ukraine’s greatest challenge in the entire energy field is to reduce the country’s dependence on energy resources from Russia as this direction carries the heaviest risk, first and foremost, the political risk.

Ukraine has a fairly diversified structure of energy production. None of the sources is responsible for more than 30 per cent of production. According to the data of the International Energy Agency, 30 per cent of the country’s energy comes from coal and 29 per cent – from natural gas. The third largest source of energy is atom. At the same time, the country has a very low share of renewable sources – only 1 per cent of the consumed power comes from hydropower plants, and 3 per cent – from burning biomass, waste etc.

Ukraine is one of the world’s largest consumers of electric power. In 2015 the country consumed an equivalent of 90 million tonnes of oil equivalent, which corresponds to 21 per cent of consumption of much more industrialised, urbanised and populated Japan.

With such huge demand for energy, Ukraine has to import raw materials, mainly fossil fuels. IEA data show that 75 per cent of consumed diesel and heating oil, 40 per cent of natural gas and 35 per cent of coal is imported because the current domestic production is not able to satisfy the demand.

The electric power generation industry is relatively the least dependent on imports. Half of this type of power comes from nuclear power plants and Ukrainians are successfully replacing some of the Russian fuel imported from the West.

Import is much a greater problem in the municipal and household sector. 55 per cent of heat comes from natural gas and this material mostly comes from import. For several years, however, Ukraine did fine without directly importing natural gas from Russia, which is a very significant achievement.

Another challenge is transportation, which requires import of crude oil, and some industry branches must be supported by coal importsI)http://www.iea.org/countries/non-membercountries/Ukraine/Ukraine_EU4Energy_Factsheet.pdf.

Marching in the right direction

Ukrainian authorities, despite numerous challenges, the arms conflict in Donbas being one of them, are gradually reducing the country’s dependence on foreign sources of raw materials and power. In 2004-2009 the country managed to reduce power imports by 34.9 per cent and CO2 emission – by 15.9 per cent (data from IEA 2017 reportII)https://webstore.iea.org/key-world-energy-statistics-2017)

One of the symptoms of Ukraine’s growing power independence is the growing output of natural gas. In 2017 it increased by 2.1 per cent, up to 20.8 billion cubic metersIII)http://www.atlanticcouncil.org/blogs/ukrainealert/ukraine-s-making-real-progress-in-the-energy-sector.

From the country-wide perspective, the issue of outstanding importance is to curb the consumption of power by the economy and the use of fuel for power generation purposes. To produce a GDP unit, Ukraine’s economy needs two to three times more energy than the economies of the neighbouring countries like Slovakia, Czech Republic or Poland. 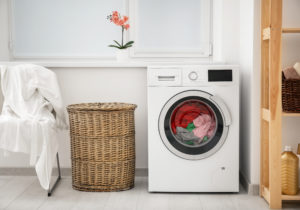