Ensuring sufficient heat is one of the basic energy needs of humans. According to the Institute for Structural Research (IBS) energy poverty affects 4.6 million people in Poland. What is more, 2.1 million people (12.2 per cent of Poland’s population) are not able to satisfy their energy needs despite being classified above the income poverty threshold.

Although the very concept of energy poverty may involve the lack of any form of energy (electricity, heating, cooling, etc.), in Poland this phenomenon most often applies to heating homesI)http://ibs.org.pl/news/infografika-i-filmy-nt-ubostwa-energetycznego/.

In this context waste heat may be an interesting concept as far as energy sources go.

What is waste heat

Waste heat is a situation where energy, in the form of heat, generated by other processes is not collected and used, but usually dispersed. Waste heat is, for instance, the heat of exhaust fumes, the heat of output steam or heat produced by processor operations. Waste heat is also energy generated by industrial chemical processes. The amount of heat may reach as much as 70% of processed energyII)https://encyklopedia.pwn.pl/haslo/cieplo-odpadowe;3886572.html.

In practice, this means that even as much as 70 percent of energy generated in a given process is wasted by being emitted off into the air. Recovery of this energy, though difficult in many cases, turns out to be beneficial, both from the perspective of effectiveness and thanks to limited impact on natural environment. Grasping and using the energy generated by waste heat means that it does not need to be additionally generated. In the simplest words, cooling one litre of waste water by 10 degrees Celsius generates 35.37 Wh of energy. Upon conversion into electricity, this is sufficient to power up a LED bulb of 40W for over 7 hoursIII)https://polskiprzemysl.com.pl/przemysl-energetyczny/cieplo-odpadowe-jako-zrodlo-energii-elektrycznej/.

IBM engineers developed a technology for cooling large server facilities using warm water. When collecting the heat, the water temperature grows from 45 to over 70 degrees Celsius, which makes it possible to use this water for heating up buildingsIV)https://polskiprzemysl.com.pl/przemysl-energetyczny/cieplo-odpadowe-jako-zrodlo-energii-elektrycznej/. An interesting example is also a technology developed by a startup called Nerdalize. In its clients’ homes this firm installs heaters which are actually servers that heat the homes with data processing-generated heat. The company is planning to develop a solution in which bigger servers are used for heating up waterV)https://www.theverge.com/2017/6/2/15728232/using-servers-to-heat-homes-nerdalize.

Significant amounts of heat are generated by the industry. Thinking about companies that want to increase their energy efficiency, engineers are developing more and more installations for the recovery of heat energy. Installation of a heat-recovery system, in some cases, allows cutting energy costs by as much as 60 per cent.

Depending on the individual technological cycle of a sewage treatment plant, it is possible to use various methods of recovering waste heat. One of the most popular ones is a heat pump running on in-house generated biogas.

In Poland energy efficiency is approximately three times lower than in Western European countriesVI)https://polskiprzemysl.com.pl/przemysl-energetyczny/cieplo-odpadowe-jako-zrodlo-energii-elektrycznej/. Therefore, the air quality in Poland is one of the worst in the entire Union. Increasing efficiency, just like using waste heat, may therefore be very profitable.

An interesting example may be found in Denmark. In this Scandinavian country more than 63 per cent of households are connected to a central heating system. An extensive heating network is also used for collecting waste heat from industrial facilities, server farms, etc.

Having implemented an extensive heating network capable of collecting waste heat, Denmark significantly reduced the use of crude oil products for heating, which directly translated into country’s energy security. In 1973, in the middle of the biggest oil crisis in history, 90% of the country’s energy came from imported crude oil. The high price of fuel made it necessary to even switch street lamps off and made industrial factories sometimes suspend operations due to excessive costs.

Today Denmark exports crude oil, has significantly reduced energy consumption and greenhouse gas emission from heating. All this happened as a result of building metropolitan heating plants and scrupulous collection of waste heatVII)https://www.theguardian.com/big-energy-debate/2014/aug/20/denmark-district-heating-uk-energy-security.

Lira depreciation pushes Turkey into the arms of coal 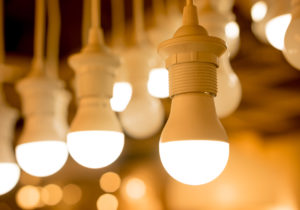