The British government is going to invest 56 million pounds in research and development work on SMR, Small Modular Reactor, small nuclear power reactors. Though the details of this plan are still to be discovered, Britons expect such sources of power could start operating in their country around the year 2030.

The concept of SMR is not a new one. This idea goes back to more than ten years ago and interest in it is continuously growing as newer and newer difficulties, mainly financial, are emerging in the context of building new, large reactors. The financial outlook of SMR is as follows: building a new, large (over 1,000 MW) power reactor today costs at least 5 billion dollars plus an unknown amount of costs of delays, very common in such projects. A client ready to incur such costs and risks can hardly be found today. However, an SMR should be ten times cheaper, which very much extends the circle of potential investors. Naturally, the cost per power unit may be higher but the risks are significantly lower.

From the technical point of view, the concept provides not only for significant simplification of the construction but also enclosure of the whole nuclear island in one steel chassis. Theoretically, such a reactor could be assembled in a factory and transported to the site ready to operate.

As regards applications, for instance, Americans pointed out that there are tens or even hundreds of old coal-based power plants which will need to be finally shut down. If not because of emission, then due to the technical wear. Deploying an SMR as replacements would significantly reduce network costs as power transportation lines would remain as legacy of the old coal plant.

Virtually all major nuclear sector companies had their own SMR-like concepts, however, some of them failed, for instance, because of competition from continuously cheaper and cheaper RES. A number of states, though, still subsidise research and development work on SMR as from the perspective of energy security, here understood as guaranteed and undisturbed energy supply, sources of this type have a number of benefits and advantages over RES. However, business is guided by different criteria  and, for example, works on a small mPower reactor developed by the Babcock&Wilcox company were given up because of the lack of commercial prospects, after spending half a billion dollars, including 100 million of US federal funds.

The US federal government, however, is supporting a different project – NuScale, which in about 8 years may become the first operating SMR. This is a small 60 MWe reactor using standard fuel and enclosed in one steel capsule. The concept of NuScale provides for several to a dozen reactors operating in one power plant, depending on the client’s needs. Also, the British government intends to support further research by directly stating that they are to “preserve competitiveness of this segment vis a vis rapidly dropping costs of energy from renewable sources”I)https://www.ft.com/content/875363c2-7a0e-11e8-bc55-50daf11b720d. Taming this technology is to reduce the cost of constructing new reactors by 30 per cent by 2030, and the costs of liquidation of such power plants – by 20 per cent.

On the other hand, the Russian concept is to deploy modified reactors from submarines on a barge, which may anchor in a remote, isolated region and supply energy for it. After many years of construction, but also corruption scandals, barge Akademik Lomonosov took off from a shipyard towards the coast of ChukotkaII)http://www.polsatnews.pl/wiadomosc/2018-04-29/plywajacy-czarnobyl-na-baltyku-pierwsza-na-swiecie-plywajaca-elektrownia-atomowa-wyszla-w-morze.

Though Russians do not really need to worry about costs, energy prices, free market etc., the future of SMR in the West will depend on effective reduction of costs of these systems, without neglecting security. 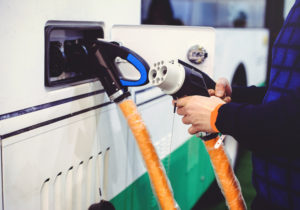 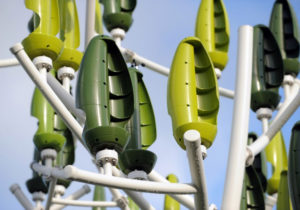 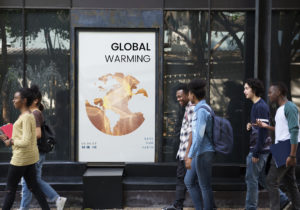