A Navigant Research report anticipates that the global population of vehicles reaches 12% by 2030.

The resort says the key drivers of transport electrification include economics, battery innovations and regulations curbing transportation pollution. The dropping costs of batteries and other technologies related to electric vehicles reduce the prices of the cars and boost the development of the entire industry.

„Recent developments with electric drives of MHDVs[1] point toward encouraging signs of future growth in that segment’, says Raquel Soat, research analyst with Navigant Research. “A good example is the 2017 introduction of the Tesla Semi, BYD’s debut in 2018, and the success of electric buses in China over the last 4 years.”

The report points out that multiple global corporations declared to use electricity to power up their vehicle fleets within the forthcoming decade. They include such big market players as DHL, UPS or FedEx courier companies[2].

The development of charging station networks and attractive financial subsidies more and more frequently offered by the banking sector will contribute to the development of electromobility also within the realm of the public transport.

Chile is a good example here. Within a pilot project Chinese electric busses have been carrying passengers through the streets of Santiago for a few months already. According to a study carried out by Chile’s Energy Ministry and the Transport and Telecommunication Ministry passengers awarded 6.3 points to the electric bus on a 7-grade scale. This is a significantly higher grade than given to the current transportation system, where the average grade was 4.6 points.

100 electric buses came to Port San Antonio, Chile in late November 2018. They had been manufactured by Chinese BYD Electronic International Co. Ltd. and financed by a local branch of Enel, an Italian energy provider. Another 100 electric buses were financed by a French energy company, Engie, and manufactured by Chinese Zhengzhou Yutong Bus Co., Ltd.

Electromobility investments are also made in the USA. The amount of 84 million dollars has been allocated to this purpose in the country’s federal budget. The “Low or No Emission Vehicle” program, also referred to as “Low-No”, comprises a list of 52 projects in 41 states. The purpose of “Low-No” is to provide local governments with funding to purchase or lease zero emission buses and introduce them into their public transportation systems[3]. Now about 300 electric buses are being tested, but given the vastness of the US market, this is just a drop in the ocean.

In Poland Rafako has recently premiered its e-bus – the country’s first small bus with a battery mounted under its chassis. With state-of-the-art technologies and small size, the vehicle has the opportunity to become a popular school or city bus or a suburban mean of public transport.

If Navigant Research analyses are proven right, electric vehicles will soon become more than just a curiosity in the world’s transportation systems. 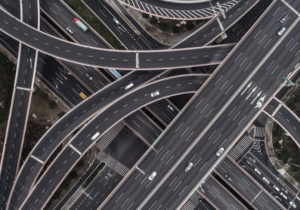 Digitalization vs. transport in the light of environmental challenges and CO2 emission standards