Development of countries, economies and society has always produced waste. At some point of the development process the volume of waste grows rapidly. With limited natural resources and deteriorating condition of the environment, the issue of waste is becoming more and more urgent.

Eurostat data indicate that appropriate waste management still remains a challenge for EU countries despite their high level of economic development and widespread awareness of the problem among their societies. According to the 2014 data of the EU statistical office, all of EU states combined generated 2.5 billion tonnes of waste and the volume of waste increases every year. Eurostat also adds that over 2.3 billion tonnes of waste was processed in the territory of the European Union and this includes waste imported from outside the EU by, for instance Sweden. However, the difference reveals significant exports of waste to China and Africa.

Nearly a half (47.4 per cent) of waste in the EU goes to landfill sites. Another 36.2 per cent is sorted and recycled. 10.2 per cent of waste generated by the EU is covered with soil, and 4.7 per cent has undergone thermal processing, which means it has been burntI)http://ec.europa.eu/eurostat/statistics-explained/index.php/Waste_statistics.

One of the major challenges related to recycling is its high cost – to make waste sorting effective and to ensure high quality of the output product, this process is usually carried out manually. Though the costs of sorting are limited to the initial sorting of waste, many households do not do it and mistakes are made while sorting waste. Therefore, even pre-sorted waste must be verified in the waste sorting facilities. However, the lack of workers is becoming a more and more serious problem in this job – low-paid and arduous.

From the technical side, it has been common knowledge for years that monotonous repetition of the same activities – which is the case when one stands in front of a sorting conveyor belt – negatively affects the efficiency of people doing the job. The risk of mistake rises and the employee’s physical and mental condition declines. It is common knowledge that error-free performance of monotonous work is a specialisation of robots. Robots are never tired, do not have bad days and do not feel low, so in such areas they work much more reliably and effectively than humans.

One of the solutions to the sorting problem may be the use of robotics and artificial intelligence. The image recognition system must be sophisticated and smart enough to be able to pick, from a pile of rubbish, individual types of waste which are recyclable.

An example of such an application of AI and robotics is the installation of the Lakeshore Recycling System corporation in the state of Illinois in the United States. The company deployed a sorting robot called SamurAI delivered by MachineX. The heart of the device is artificial intelligence which, using an image recognition technology, is able to grasp recyclable items from piles of rubbish:

Cameras connected with a robotic arm scan the rubbish on the conveyor belt and pick recyclable items. One such robot is capable of effectively handling one conveyor belt.

This is one of the first examples of automation of waste sorting and use of artificial intelligence for this purpose. Obviously, an automated AI-based system is more expensive than human labour, but on the other hand, it is clear that the work will never be over because the issue of waste, at least in the nearest future, will only become bigger, not smaller. The return on investment into automation is virtually certain. 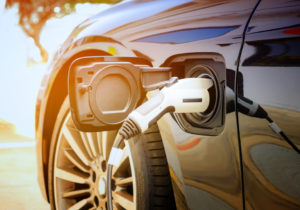