For tens of years people have been exploiting natural gas deposits. Gas – which in practice is methane, the simplest hydrocarbon – has been for years mined from typical geological traps in which it deposited after it had migrated through rocks. Revolution came only after controlling the technology of mining gas from non-conventional sources – shale formations. It then became clear that world’s extractable gas deposits are much bigger than originally estimated. However, it turns out that gas is present also in another form – methane hydrate – and these might be volumes comparable with other types of deposits.

It is not without reason that methane hydrate is sometimes referred to as methane ice. To put it simply, it is mostly water ice in which methane molecules are trapped. Methane is enclosed in a kind of ice cage and therefore the crystal structures are called clathrates.

Methane hydrate has a fairly complicated but well-defined structure. 85 per cent of its mass is water and 15 per cent is methane. It resembles ordinary water ice. However, hydrate has quite problematic thermodynamic features. This substance in room temperature and with normal atmospheric pressure decomposes into water and methane and when you set it on fire, it burns creating a red flame, leaving a pool of water. A cubic metre of methane ice can release 170 cubic metres of methane under normal pressure.

Methane hydrates are stable in low temperatures and under high pressure. Large volumes of this substance have been discovered at the bottoms of seas, sufficiently deep – the deeper the warmer the sea. Hydrates may be found under permafrost, where next to the pressure of rock layers, the temperature is sufficiently low. Approximately, methane hydrates are stable at the depth of 300 metres in arctic waters and 150 to 200 metres below permafrost[1].

According to some evaluations, hydrates may contain even fifteen times more methane than shale formations. Other estimates indicate that gas entrapped in clathrates may constitute even half of the Earth’s entire fossil fuels[2].

Methane is a gas with strong greenhouse impact – it is 25 times stronger than carbon dioxide. The scientific world embraces the theory of “clathrate gun”, according to which increases in sea temperatures or drops in sea levels may trigger a rapid decomposition of hydrates and release of gigantic volumes of methane into the atmosphere, which will boost the greenhouse effect as feedback. Once initiated, like a gun shot, this process cannot be stopped.

The clathrate gun mechanism most likely occurred during the Permian-Triassic extinction, which wiped off about 90 per cent of sea species, 60 per cent of reptiles and amphibians, 30 per cent of insects and horsetail trees and ferns. Due to the scale of this extinction, this period is called “the mother of mass extinctions”[3]. This phenomenon also occurred during the Palaeocene–Eocene thermal maximum, when the Earth’s average temperature rose by 6 degrees. Climate changes then led to rapid development of land mammals.

History shows that methane hydrate deposits are potentially one of the biggest climate threats on Earth.

Hydrates are also potentially ultra-rich deposits of gas. They are occasionally referred to as “the fuel of the future” and gas-rich clathrates are being examined by several countries. Mainly Japan, having no own energy raw materials, is seeking an opportunity for itself in the deposits under the bottom of the Pacific

However, exploitation poses so many technical problems that today one can hardly speak of a proven, reliable and, first of all, safe technology. We do not exactly know – once we reach a hydrate deposit – how to make it decompose at the proper pace. Some sceptics even say that once started, the entire process will take off so fast that it will let go the entire deposit and release all the methane in it. This theory has so far lacked solid evidence but the very threat of such a scenario discourages people from attempting to exploit the deposits without a more thorough examination of destabilised hydrate deposits. This is the reason why we may only speak about methane ice as a fuel in future tense. 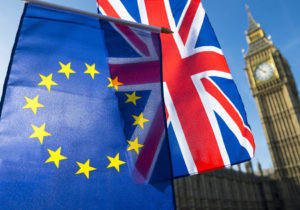 Brexit in Energy – Conundrum and Risk 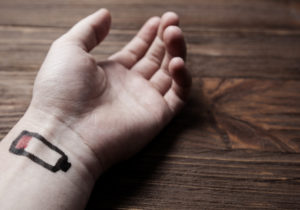