Polish scientists have developed revolutionary single-use cutlery. In simple words, the only components required for production of the cutlery are corn and potato flour. It is 15 per cent cheaper than plastic cutlery and fully biodegradable. It can be thrown away together with leftover food and 3 months later it disappears completely. What is more, it resists much higher temperature than regular plastic. This patented solution is very likely to pave its way to the market.

“We have created physically processed thermoplastic potato starch. It may be used, for instance, to produce capsules for controlled drug release. But once it is combined with polylactide (PLA), already present on the market, it may be used for producing various biodegradable and compostable products. We have already patented a series of composition materials, starting from cutlery”, Prof. Helena Janik, PhD, Eng. told Newseria Innowacje agency. Prof Janik works in the Department of Technology of Polymers, Faculty of Chemistry in the Gdańsk University of Technology.

Using a raw material they had developed themselves, the Polish researchers created fully biodegradable, ecological cutlery. They made it using easily available, fully natural materials or raw materials from renewable sources. So far the basic, most commonly used materials have been oil derivative substances. The Polish scientists have chosen only natural ones. This is how they made biopolymer materials, which are later used for making biodegradable cutlery, for instance.

“All these are polymers, but there are petroleum-based polymers, like polystyrene, which is now used for producing white polystyrene cutlery. However, we’ve already entered a new era of polymers deriving from renewable substances. This is also a polymer and technically speaking, according to the definition included in the current EU directive, this is also plastic. However, we must make a distinction between artificial, petroleum, non-degradable plastics and new generation materials – biodegradable, compostable, plant-deriving substances”, the experts says.

Though it is clear that ecological composition material is not going to eliminate petroleum polymers, it will reduce them significantly. It will also contribute to single-use cutlery, cups or straws being withdrawn from shops in 2021.

However, this is just the beginning because thermoplastic potato starch may be used for producing much more everyday items. Combined with a polylactide biopolymer they make a sturdy component, much more resistant to high temperatures than regular plastic.

“Thermomplasticity is a feature that enables high-temperature moulding of materials. This is environmental-friendly processing of artificial materials in a temperature of about 200 degrees Celsius. How energy may be saved in this way is obvious. Once produced and processed in a high temperature, the item cools down and gets back to its original state – a solidmaterial”, explains Prof. Helena Janik.

The composite developed by the Polish researchers, containing thermoplastic starch made of potato flour, natural additives and polylactide biopolymer (PLA), may be a revolutionary material. Single-use products made of this mixture are durable and environmental-friendly. What is more, as some of the PLA is replaced with much cheaper thermoplastic starch, the price of a kilogram of the composition material is about 15 per cent lower than that of clean PLA.

According to European Commission’s data, each year the Europeans produce 25 million tonnes of plastic waste. For the past 60 years, the total production of plastic has grown more than one hundred times and each year, about 8 million tonnes of plastic waste ends up in seas and oceans. Depending on the type of material, this plastic decomposes for one hundred to even one thousand years. For comparison, the composite made by the Poles disappears within just three months.

“The results have exceeded our wildest expectations. There are a lot of entities from various areas, even with foreign capital, who are interested in our innovation. The patent is owned by the Gdańsk University of Technology and the talks are in progress now”, says Prof. Helena Janik.

The composite has passed all the tests and there is already a company interested in the production of environment-friendly cutlery. In the future, they may also make single-use plates, cups or straws. 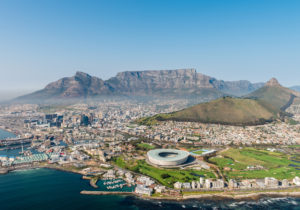 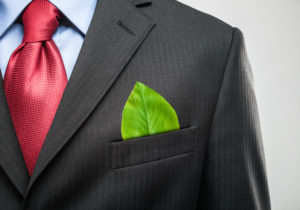 51 per cent of Poland’s small businesses are environmentally conscious